Pizza + Progress with Slim & Huskys: Meet the Candidate Who May Hold North Nashville’s Fate in His Hands

September 12th will be a turning point for North Nashville.

Metro City Council candidates Edward Kindall and Brandon Taylor will battle it out for the chance to represent District 21 and to provide solutions to the expanding issues it faces at the grips of encroaching gentrification.

What’s the biggest issue facing North Nashville and District 21? Share your thoughts with us →

After the initial election on August 1st ended in virtual ties (many candidates in several districts didn’t obtain the 10 percent of the vote required to secure their seats), Metro charter took effect. A runoff election will take place on Thursday, September 12, with early voting starting August 23.

On Wednesday, September 4, the public will have the opportunity to get their most pressing questions answered before runoff election day. The feature of the Pizza + Progress event will be a debate between Kindall and Taylor that will be moderated by local entrepreneur and radio personality from 101.1 The Beat, AG Granderson. It starts at 7 p.m. at the S&H location at 911 Buchanan Street. Registered voters in District 21 will also receive free pizza specials. Bring proof of residence or your voter’s registration card to get the dinner special. In the days leading up to the event, individuals can share any questions they have for the candidates with the Slim & Husky’s team.

Concerned about your neighborhood? Make your voice heard. Submit your question! → 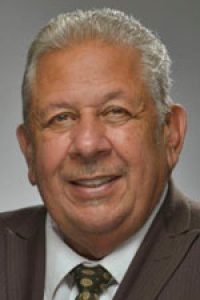 First Impressions: 74-year-old attorney and seasoned public servant with more than 27 years of service on the Metro Nashville School Board and has one term as District 21 representative under his belt

Community Efforts: Instrumental in establishing a historical marker for the Club Baron building on Jefferson Street; Worked on neighborhood problems and public works initiatives including a $2.5 million sidewalk paving project; Helped the McGruder Center receive a $2.5 million grant for renovation

Making Moves: A recent housing project on Clifton Avenue where he negotiated with  developers and committees to transform a proposal for 36 units of market-rate housing into 24  units of affordable housing with a commercial portion that includes a full-service grocery store 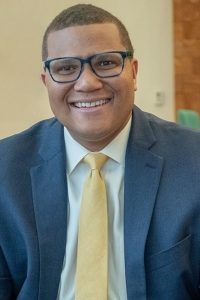 First Impressions: 36-year-old who currently serves as the Director of Major Gifts with the Nashville Rescue Mission

Community Efforts: Alongside his wife, Damita Taylor, who volunteers as District 21’s Beautification Commissioner, he has hosted the community’s citywide cleanup

phone calls to connect with voters. The biggest differentiator is that I am approachable, accessible, and responsive to constituents.I will continue to meet my neighbors where they are and communicate regularly to continue to know exactly what their needs are.”

Nothing changes if nothing changes! You still have a chance to alter the course of your community. Submit your question and join us on September 4th for Politics & Pizza with your future District 21 representative.

Here is an image that clearly outlines the boundaries of District 21 within North Nashville. Find out if you’ll be impacted by this race, and visit Slim & Husky’s on Wednesday, September 4 for Politics & Pizza with Ed Kindall and Brandon Taylor.