doughjoe, a 33-year-old Nashville artist, has seen life through the lens of a microscope. He has recreated it through the tip of a ballpoint pen.

A former biology major and prospective doctor, he thought he would be slicing through skin and making incisions. But a few months after graduating from college, he realized his true calling was creating art. 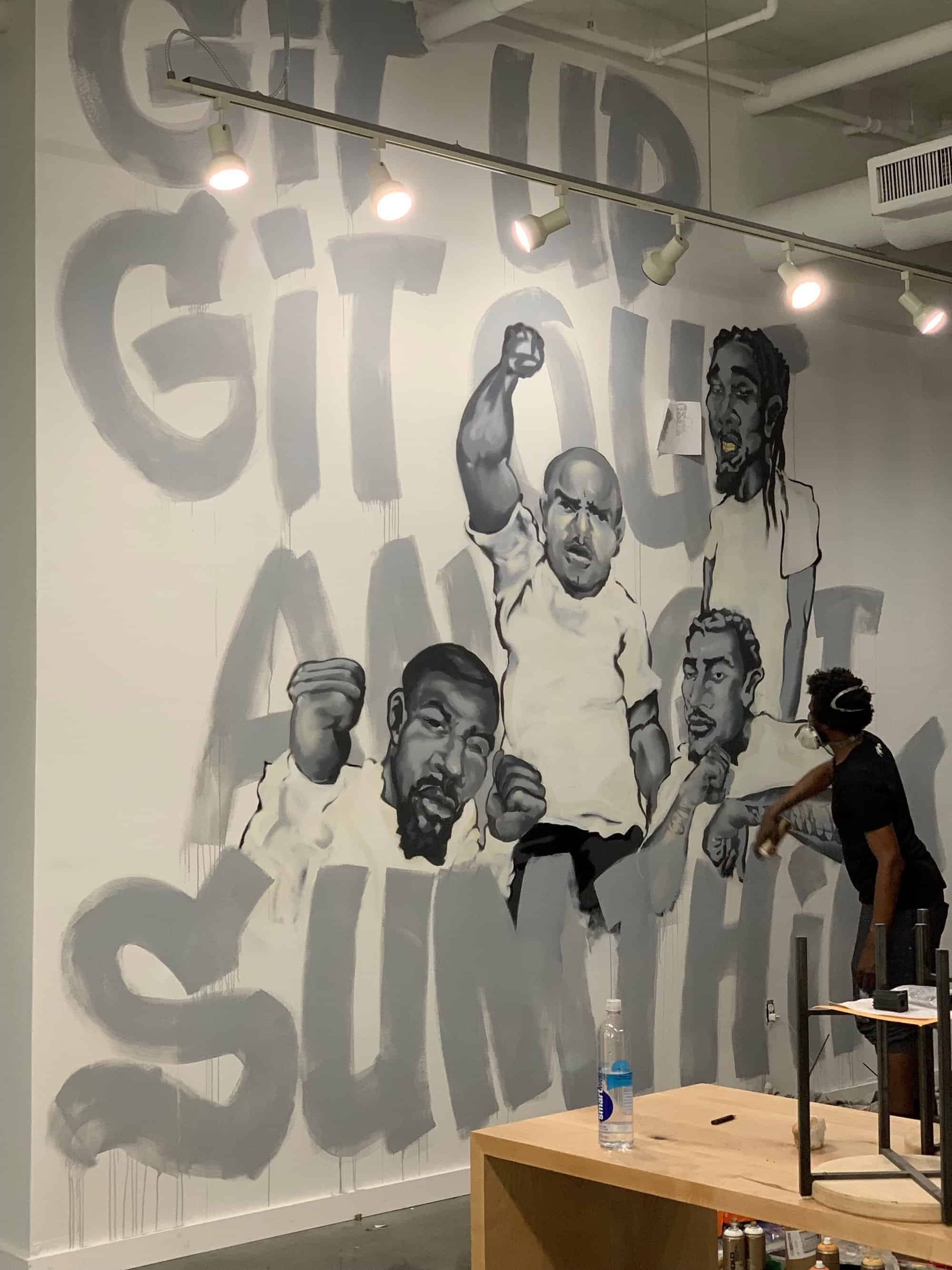 Now, he’s producing a rendering of Goodie Mob at the upcoming Slim & Husky’s on Howell Mill Road in Atlanta. Goodie Mob, a hip hop group based in Atlanta, epitomizes the concept behind the national pizza restaurant and lifestyle brand.

Their 90s roots and trend-setting sound served as the inspiration for doughjoe’s mural, as well as the intended ambience in each brick and mortar Slim & Husky’s store.

doughjoe remembers receiving the email like it was yesterday.

“We’ve been working with doughjoe since the beginning,” Slim & Husky’s co-founder Clint Gray said. “He knows the retro vibe the guys and I are going after, but he can also relate complex issues the black community faces visually, which was really important to our team.”

As a part of the art collective, Norf, doughjoe engaged in community-based work in North Nashville three years ago.

New businesses began popping up in the area at the time. Developers had contacted Norf about doing some artwork for them, but the members turned down project after project.

“We felt they were encroaching on the neighborhood and not taking careful consideration of where they were moving to or what was there,” doughjoe clarified.

So, when Slim & Husky’s co-founder Derrick Moore sent that initial email, doughjoe admitted he was skeptical.

“They contacted us, I met them, and then they told me the concept, the idea,” doughjoe said. “We look at them as a collective of individuals with an idea of community and togetherness above them with some pretty intentional goals and missions. It’s good spirited, so it works.”

His Stamp on the Slim & Husky’s Brand

After buying into the vision, doughjoe started collaborating with Gray and the rest of the Slim & Husky co-founders. His first commissioned piece as an artist for the brand was a challenge.

They tasked him with painting the Slim & Husky’s logo on the exterior of the Buchanan Street building. The material of that building is brick, something doughjoe didn’t have a well of experience to draw from.

“I never painted on brick like that,” he said. “I like the challenge of trying to figure out what it takes to use that care and create a design on a rough surface that seems seamless.”

The logo required a level of skill he’d never encountered before. But, it isn’t his signature piece from a brand standpoint. That would be his “Wake Up” scene from the movie School Daze, a Spike Lee original and late 80s classic film.

With a plot that is set in Atlanta, it’s fitting that doughjoe is also recreating it at the first-ever Slim & Husky’s location in the city. 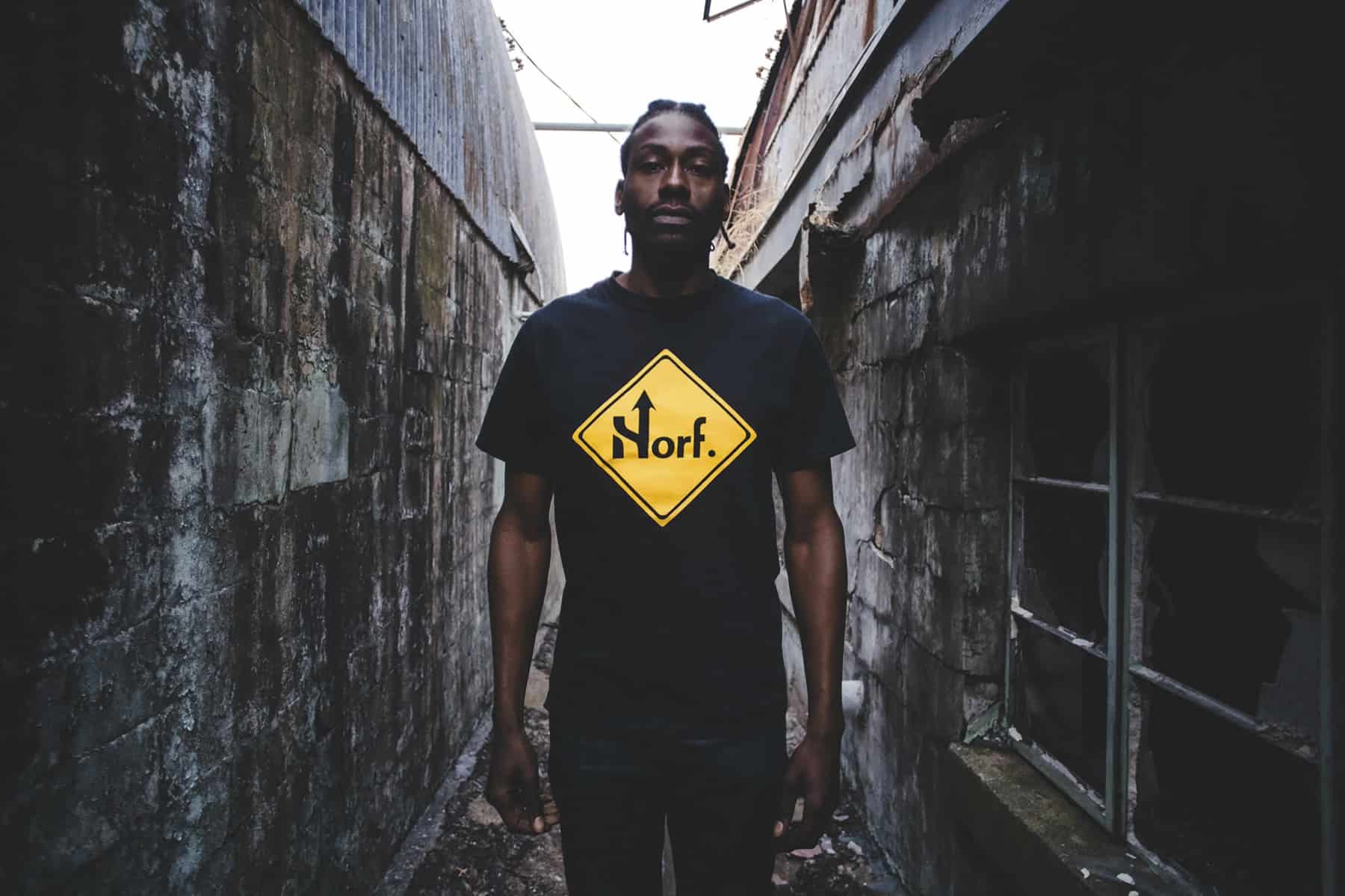 “When I first created the ‘Wake Up’ piece, I went in with the sketch and then I just woke up and painted however I felt that day,” doughjoe said.

Before putting pen or paintbrush to canvas, doughjoe practices on reams of paper. He grabs 500 sheets and sketches until he lands on a design that captures the right mood and sets the right tone for a space.

When asked how many pieces he has produced over the years, doughjoe answered simply.

“I think if anybody can count, they aren’t serious,” he said. “Either that, or they’re very obsessive and compulsive because I think to be any type of good, you have to mess up a lot.”

There are pieces he has worked on for years, and others that were finalized within a 15-minute time span. Soon, pizza lovers in Atlanta will get to see the product of his imagination.